The reiki symbols in standard, semi-cursive, cursive and ancient seal script have each a magic spell. The ancient script is mysterious, the cursive flows, semi-cursive is full of strength and the standard script links to the earth. They are all vivid images of the inner meaning of reiki.

Reiki symbols are composed of two kanji symbols: REI, spirit or soul and KI, life force. I have brushed the kanji symbols with the traditional large form of the kanji KI, instead of the simplified form, to maintain its expressive power.

The essence of reiki, the healing energy coming form the higher mind, is well expressed in both characters.

The top kanji REI means soul or spirit. It refers to he higher mind, the universal wisdom.

At the upper part of the kanji you can see a cloud, heavily loaded with drops of water. Underneath stands the character for shaman, sorcerer. This kanji reminds of the shamanistic ritual to implore for rain. In ancient China it was the mighty goddess Di who had the power over the rain.

Between rain and sorcerer stand three mouths open to the rain.

The bottom kanji KI is the life force of the universe.

The kanji KI is very simple and expressive. The three upper strokes represent the steam, while the third slanting stroke encloses the character for rice. It could not be otherwise, the Chinese mind thinks of rice and life breath as inseparable from each other.

Every time I cook rice I see a life performance of the kanji KI: steam that lifts up from the pot where I am cooking the rice.

Reiki Kanji Prints In The Four Styles of Japanese Calligraphy

Woman artist-calligrapher Nadja Van Ghelue has brushed the reiki kanji for you, the reiki practitioner. 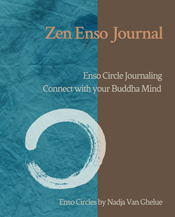 
| Legal Disclosures | Contact the Artist | Link to Us | Partner Sites |